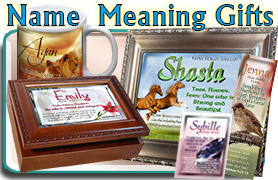 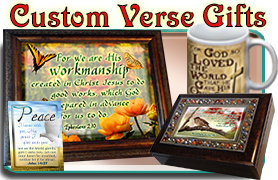 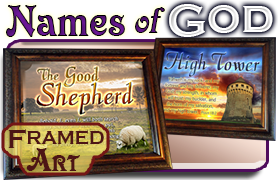 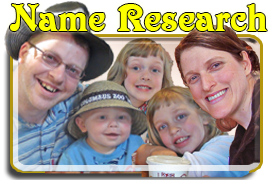 It has taken far to long for me to create this page.  It's an odd conflict in me, that the thing which I am most passionate about, is not always my highest priority to complete.  I research thousands of names and encourage people through the meanings of their names, but my deepest passion is for the One Name above all others.  And it's high time that I started publishing some of the wonderful stories I have discovered about the names of God.

Although American Christians generally refer to Him as simply "God", The God of the Bible has many titles and names, some given by men, others spoken first by His actions and words in Scripture, and One name He has always had.

So on these pages is my growing collection of short stories, letters and comments from our customers about the names of God and how He has shown himself worthy of those titles in our lives today.  Savior, Prince of Peace, Friend, Creator, Healer, God Who Sees Me... each of these names holds such a magnificent story in so many people's lives, and we want to share that story.

Eventually, I will publish my passion for The One Name.  This is the quirk that I mentioned.  I write the most, and think the most, about the messages and blessings that are found through this One Name of God, and yet I am most intimidated by the awesomeness of the task when I try to publish my thoughts.

As I can overcome that challenge, I will begin to publish articles on this site about The Name, and I would be encouraged to hear your thoughts and comments whenever you feel led to send them.  Just scroll to the bottom of this page to fill out our Feedback form, or click Contact Us.

Enjoy the stories about the names and titles of God!

I think I've actually spent a great deal of my life considering the significance of the many names of God. When Moses asked who He was, God told him "I Am." Ehyeh. I am that I am. Which literally translates as "I-shall-be that I-shall-be." Jesus' name is composed of "Yah" and "shua," meaning, "I AM is deliverer." God is, in all three persons, precisely who I need him to be, at all points in my life. There have been times I've most often called Him Jehovah-Jireh, my provider. Other times I've called to Him as Jehovah-Rophe, my healer. When I'm in need of humbling, He is Adonai, my Lord and my Master. I could go on and on.

Most prominent to me has been the Aramaic, Abba. When I was growing up, my biological father was a volatile, frustrated, and unapproachable man most of the time, as his battle with his own temper left him with no liking for his own children. As with most approval-seeking children, I struggled long and hard to impress him and earn his affection. I became a tough-as-nails tomboy out of the misguided impression that my father would have prefered it if I'd been a boy. I stuffed emotion, lashed out with equal volatility as he did, and steadily sank into depression in my early to mid teen years. Undirected anger became my inheritance for a time. Having been told as a child that Abba meant 'daddy', I clung to my fascination over this particular name for God. I longed for the kind of unconditional love, vulnerability, and gentleness the term 'daddy' suggested. I'd never been able to call my own father that, but I found I -could- call my heavenly father Abba, and it soothed that aching void I hadn't been able to compell my earthly father into fulfilling. I used to picture myself in a big, comfy chair, literally curled up in God's lap while He hugged me. I could never picture a face on Him, but that never really mattered.

When I've been at my worst, calling Him Abba to me is a pleading that I'm convinced brings an immediate connection. Perhaps not an immediate answer, but I never have to doubt that He hears me. And in recent years, He's healed my biological father's heart dramatically. To the point where I now say with confidence that I have two daddies. And for that, I have my Abba to thank.

God Who Sees Me

Where is God, when you are alone?

There was a woman who was struggling... had always struggled to make end's meat.  Rented her place, which at times, was no better than a tent.  Her landlord took advantage of her.  She became pregnant.  Jealous, the landlord's wife used her position to abuse her further.  Seeing no other option, the woman fled.  She had no money, no family, no home, and was thousands of miles from any place she could call familiar.  All she had was her baby.

It was out in that wilderness that she had a discussion with God.  She chose obedience to Him, and He promised that her child would live and that she would have many more children.

It was this woman, Hagar, out in the wilderness, devoid of friends, family or any means of sustaining herself and her child, discovered God's provision and a facet of who God was, and gave Him a new name, which has spoken comfort and strength to thousands of the lonely and the desperate since then.  She called Him, God, who SEES me.

Just as surely as God saw Hagar when no one else could, He also sees you.  Look to Him, search Him out with all your heart, and you will find Him.

The ONE name of God